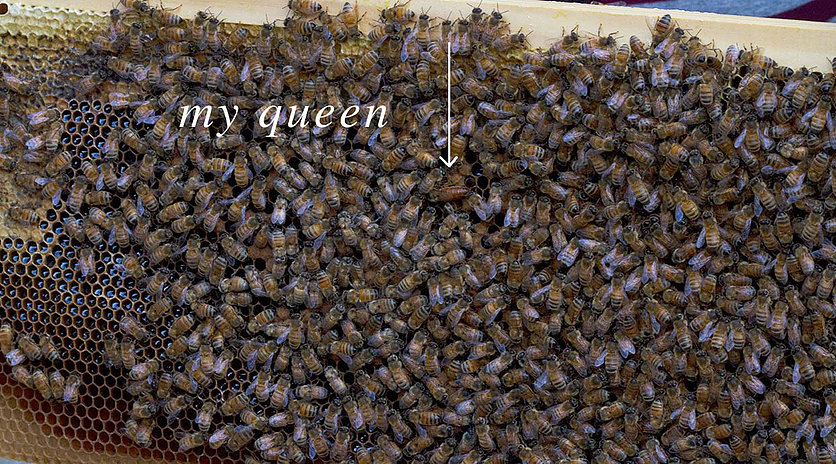 Now that Autumn is closing out and winter is well and truly on the way I am trying to work out the whole ‘should I feed my bees’ debate. I’ve read all sorts of differing opinions on this, the most consistent being that nearing winter a sugar syrup of 2:1 ratio doesn’t go astray. [That’s 2 parts sugar to 1 part water – I made 1 kilo of sugar to 500ml of water].  It helps the bee’s build up reserves for their winter lockdown.  Just like squirrels gather their supplies for over winter. (At least that’s what I understand from years of watching American cartoons when I was a kid. )   However I have also read that in Australia it doesn’t really get so cold that it’s too much of a problem.   Living in Katoomba it is considered a cool mountain region, but compared to some places I’ve seen bees kept,  it’s not ‘true mountains’ cool.  I mean – it only snows about once every two years – and that is a big event in town.  Average winter temperature is about 5 degrees and it only goes below 0 early in the morning a few times a year.

I did try and feed them with an inverted jar with nail holes in the lid.  I put this on the lid of my brood box, just to the side of the hole in the middle of the lid (so the honey didn’t drip directly on the bees), and then put an empty super box around it, and the roof on that. I propped the jar up a  little so bees could crawl under and sip out of the holes.   But I think it may have been an epic fail because the honey seemed to run out after about 3 hours.    The tension was suppose to keep the honey from doing that but the nail holes must have been too big.     Then I tried a shallow plastic container with pebbles (for the bees to stand on so they don’t drown).  But that attracted way too many ants.     So at the moment I don’t have any homemade food for them.   They are fending for themselves.    The best type of feeder I have seen is the ‘top feeder’ (as seen here). However I’m still trying to find a supplier for that in Australia.  Which leaves me currently wondering am I about to starve my bees to death over winter, or will it all be ok?  It’s times like this I wish there was a bee club in our area.

This afternoon I did inspection #5.   This time we found the queen without any trouble.  There was a lot more honey visible which was great to see.   They were calm and buzzing away.  All this I think is the sign of a healthy hive.  I saw no signs of hive beetle, or anything that shouldn’t be there.   Although one thing I did observe, was a bee connected to what looked like a piece of very thin thread trying to fly away.  The thread though was connected to inside the hive so she was tethered to the hive.  I broke it off for her but I think she perished as it was still attached to her as she tried to fly off.   I can only think it was a loose thread she was trying to remove from the hive.   They are clean freaks and get rid off all sorts of detritis – dead bees, etc.   Something which I had more in common with 😉

Here are a few photos from today’s inspection – one of my comparison from last inspection, and another of the beautiful honey, and finally my queen. 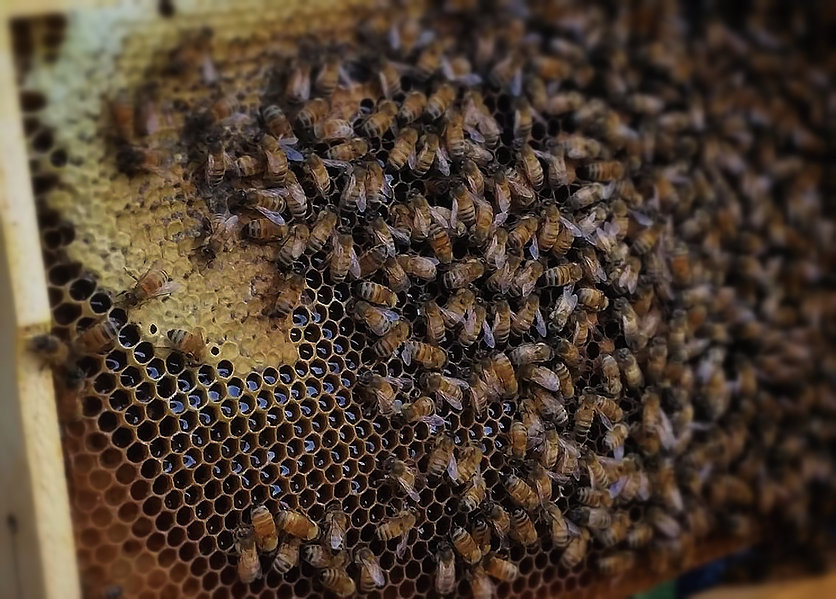 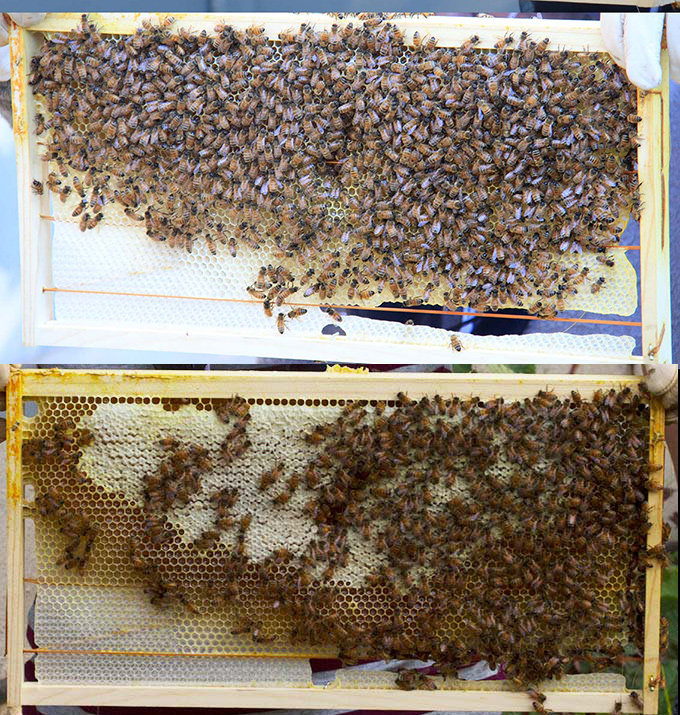