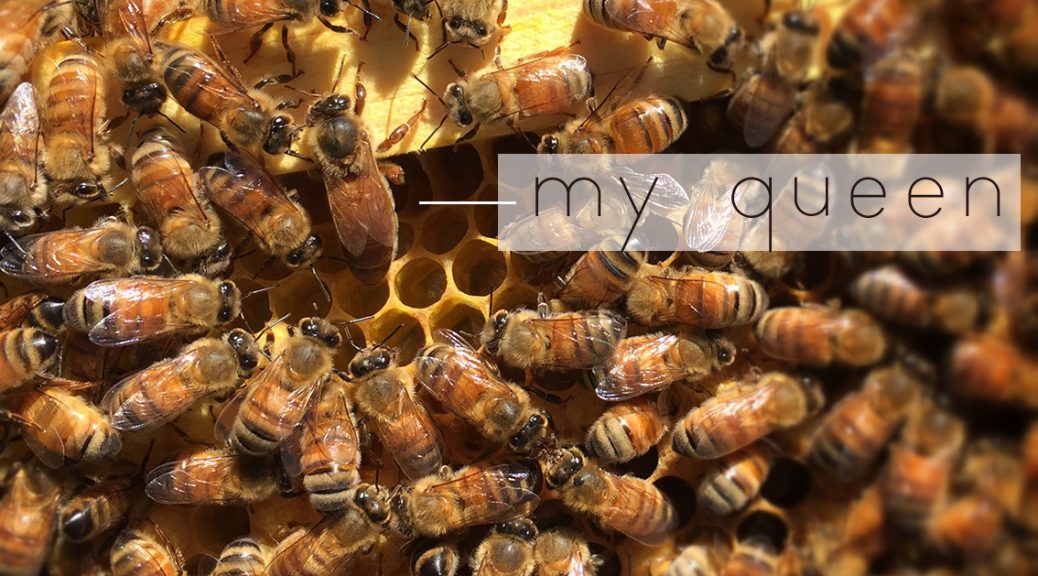 I’ve put the super on today.  I’ve waited for this moment for 11 months so am a little excited.   putting the super on is nothing more than putting another box on top of the bottom box and took about 30 seconds.   It’s great how something so simple can reap much joy!  The super is the part with the Flow Hive System which is different than Langstroth hives.  It’s the part that has the plastic frame/hive system that ultimately the bees will fill up and by “turning the tap” (that is – slightly splitting the cells so the honey leaks out a channel) will allow honey to flow out a faucet tube into whatever container you want.

I did an inspection today and the bees (I believe) are looking very healthy,  I found the queen very easily, and lots of babies are being born.   There has been consistent activity every day coming and going from the hive  –  I’m hoping it’s not too early to have put the super on.  I may have just made a big newbie mistake and become impatient.   Time will tell.   I’ve used the Queen excluder that came with the Flow Hive to start – but it is plastic and at my recent course it was mentioned that the metal ones are much better.   So I will see how I go with this one – and then eventually swap out.   The queen excluder is the sheet between the brood box and the super that lets the smaller worker bees through – but not the queen, as the gaps are too small for her.   Theory being eggs won’t be laid in your honey super, and I also guess the whole system goes topsy turvey.

Hear are a few pics from today.