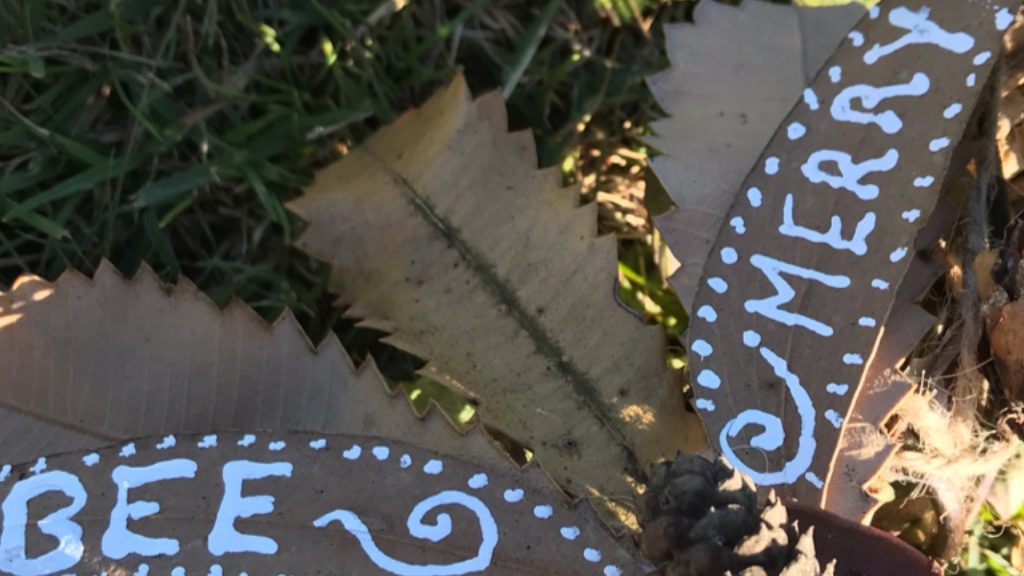 I love beekeeping.  Even though I am still so new and feel like I am making more mistakes than not,  I love it.   The bees are wonderful,  the beekeeping is forever interesting and rewarding.   The community online is wonderful.

So after the advice from a lovely gentleman in my beekeeping club in Katoomba ,  I ordered my new queen and have now installed her in a split hive.    I was worried about the chalk-brood in hive 2 and was going to requeen my hive.  However after doing a couple of inspections and seeing the chalk brood had subsided I decided I would split my hive and put the new ordered queen in whichever hive didn’t end up with the old queen.   I say that because I could not find the old queen for ages.  I ended up having to do the split, waiting for a couple of days, then re-entered the 2 hives to find which one had the queen, but with some help from a younger pair of eyes (not saying mine are super old but the 17 year old eyes can spot an ant on the moon).   Anyway she found the queen straight away which meant we knew which hive to put our caged queen in.

My caged queen was posted on a Monday and I was expecting her on the Wed-Fri.  By the time she hadn’t turned up on Friday I rang the depot on the Saturday and pleaded my case that she would die and were they “sure” they didn’t have her somewhere in the facility.  Sure enough they did and promised to jump on the local posty motorbike and zoom her over straight away.  The benefits of living in a small town.   The lovely special posty delivery man, said it was good I was keeping bees and handed me by envelope with “LIVE QUEEN” plasted all over it and said here is a “queen for a queen”.  Sooooo sweet.

Regardless of doing a lot of research I still managed to  installed the cage incorrectly for the first 10 minutes, and when I had my doubts about the queen being able to be fed, I quickly jumped onto the interwebs and discovered the correct way to put it in.  (both pics are below).

A week later we checked in on her and she had been freed and was found quickly.   Now we are in the middle of  heat wave and the bees have gone very quiet, so have lots of water around and am feeding both the small splits sugar water (1:1) to help them out.   Im hoping they pull through.  I’ve subsequently been checking the bottom board of the chalkbrood queen, and there is still plenty of chalk brood being removed.      🙁